In 1989 a 17-year-old farmer’s boy Joshka from a Romanian village in the Eastern Carpathian Mountains, where predominantly the Hungarian minority is living, was on his way to bring the family’s cow home from the grassland. Unfortunately, he passed a sleeping bear behind a bush which immediately attacked him, leaving him with horrific injuries. Although Joshka survived, he was left with severe disfigurement to his face and suffered psychological trauma. He underwent 62 operations in Romania and Hungary with hardly any improvement. In 1995, we accidentally met and interviewed him while producing a documentary about western hunters in the former hunting grounds of the dictator Ceausescu. The dictator had a hunter’s lodge near to Joshka’s village where he used to shoot bears who had been fed and baited. In this impoverished region, the population of bears in this years has risen really high because Ceausescu gave the order for breeding bears and let them free for his and his companion’s perverted killing pleasures.

After the documentary was broadcast on German TV, a German doctor (and hunter) started a big donation campaign and in 1996 Joshka was invited to come to Germany for a further twelve operations. After this he returned to his Transilvanian village and since 1997 he has lived a restricted life – accepted by the village people but always living with the fear to once more come upon his deadly enemy, “the bear”. Because still today the bear population is too high in this Carpathian region and the wild animals continue to spread terror in the villages, especially at night, and no one takes the risk to go out of the house after dark.

This documentary accompanies Joshka and his family between 1995 and 2016 – a very unique twenty-year observation of a man caught between stigma and trauma, between hope and resignation. 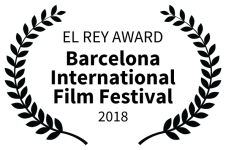